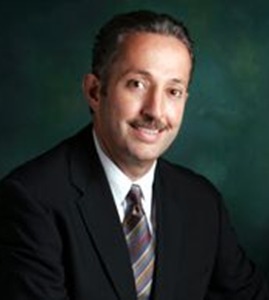 Burt S. Kassab received his Bachelor of Science, with honors, in Business Administration from Oakland University in 1984, with a concentration in finance and accounting.  Thereafter, he received his law degree from Wayne State University Law School in 1987.  He practices in all areas of corporate and real estate law.  Mr. Kassab represents clients in all aspects of a real estate transaction, including acquisition, financing, leasing, land use, zoning and development.  He represents many of the prominent developers in the Detroit Metropolitan Area.  Mr. Kassab also represents clients in all aspects of business transactions, including providing legal advice on the formation, sale and acquisition of all types of businesses.  Mr. Kassab is rated “outstanding” in his field by receiving the “AV” rating from Martindale Hubbell (the national organization which rates attorneys).  Mr. Kassab is a partner and chairs the firm's real estate, corporate, and transactional practice group. Mr. Kassab is currently the Vice Chairman of the Board of Directors of the Bank of Michigan.

John A. Kullen received his B.A. with high distinction from Wayne State University in 1981, where he attended with a four year Merit Scholarship and was awarded Phi Beta Kappa. He then attended Wayne State University Law School with a Law Alumni Scholarship where he graduated in the top third of his class in 1984.  While at WSU Law School he participated in the Moot Court program (Oral Advocacy) in which he won awards for best issue and best brief as well as the Best Brief in the Law Alumni Competition.  He was also a member of the Wayne State Phillip C. Jessup International Law Competition team which won the mid-west Regional Competition and was a National Semi-Finalist.

Upon graduation from Wayne State University Law School in 1984, he was admitted to the Michigan Bar and the Federal Bar for the Eastern District of Michigan.  He is also admitted to practice before the Federal Court of Appeals (6th Circuit Court).  In 1990, he became a partner at his former firm.  In 1992, he commenced practice with Teryl M. Asher and Burt S. Kassab; their firm is now known as Kullen & Kassab, P.C.  Mr. Kullen is the senior and managing partner of the firm and chair of the firm's litigation practice group.  Martindale Hubbell has awarded him a “BV” rating which is the second highest rating possible.

Mr. Kullen practices in the area of business and commercial litigation representing clients in matters before state and federal courts throughout Michigan, predominantly in the metropolitan Detroit area. He has handled complex litigation for clients ranging from small family-owned businesses to large multi-national corporations and financial institutions. He has also represented clients in numerous arbitration matters, and has successfully argued many appeals throughout the Michigan appellate court system. 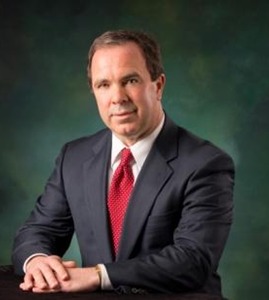